Science Day celebration was held at Maryvale Hr Pry School, Kinnigoli on 4 December 2017 at our school Auditorium. The day coincided with honoring of our students who had won ‘the best science story award’ which was organized by International Science and Humanity from Tharamandala, Chithradurga. Dr. Sr Jeevitha presided over the function. In her address she congratulated the students for their research ideas and the way they developed it. She beckoned the blooming scientists with the words of late APJ Abudul Kalam to dream, higher, to dream bigger and to dream different. She honored Sr Nisha the Headmistress with the best school performance award of  Science in National Level which was given by Science and Humanity Tharamandal organizers as well as the three teachers Mrs Jevin, Ms Ashritha and Sr Jesintha Crasta who guided the students in this competition. She also awarded 82 students who received their award from the same organizers. On this great occasion various glimpses of science were depicted by the little budding scientists of the school. Thus programme came to an end with a slogan ‘Science for the people, Science for the progress and Science for humanity’. 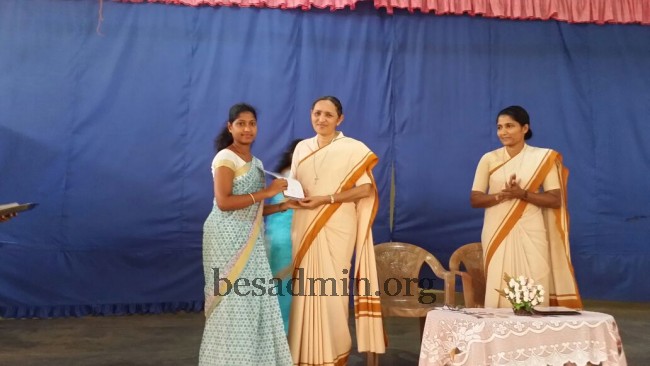 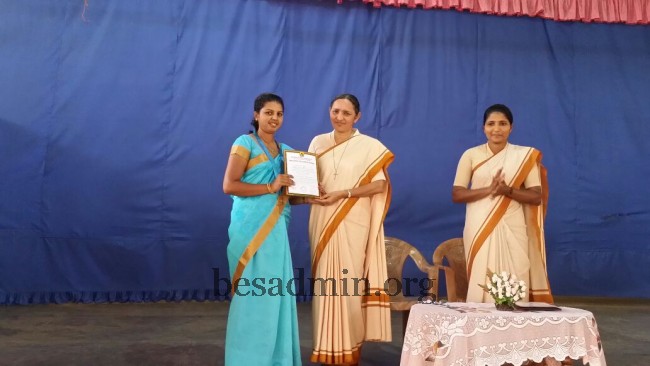 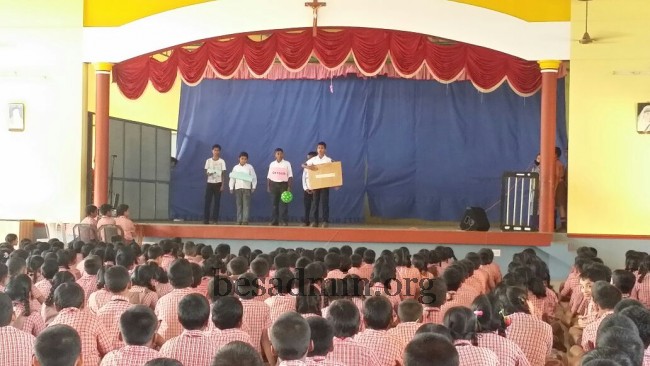 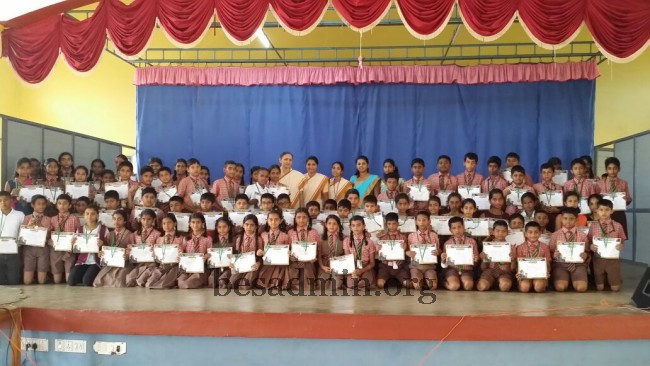 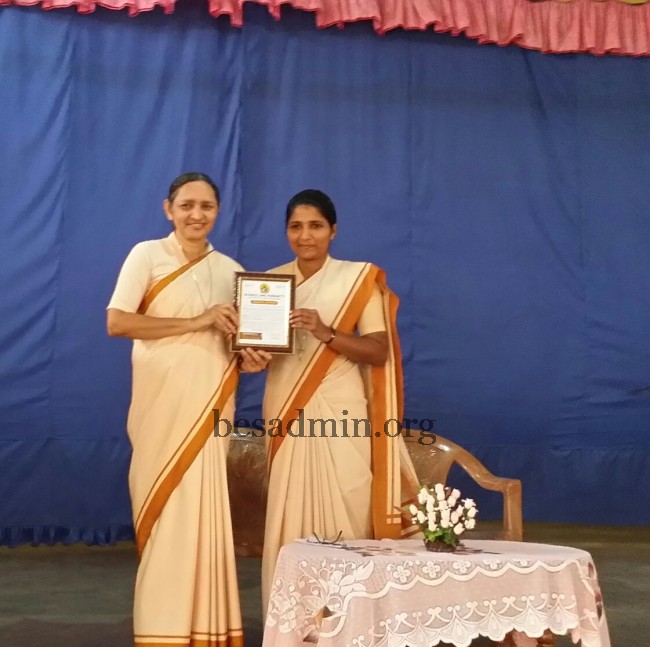